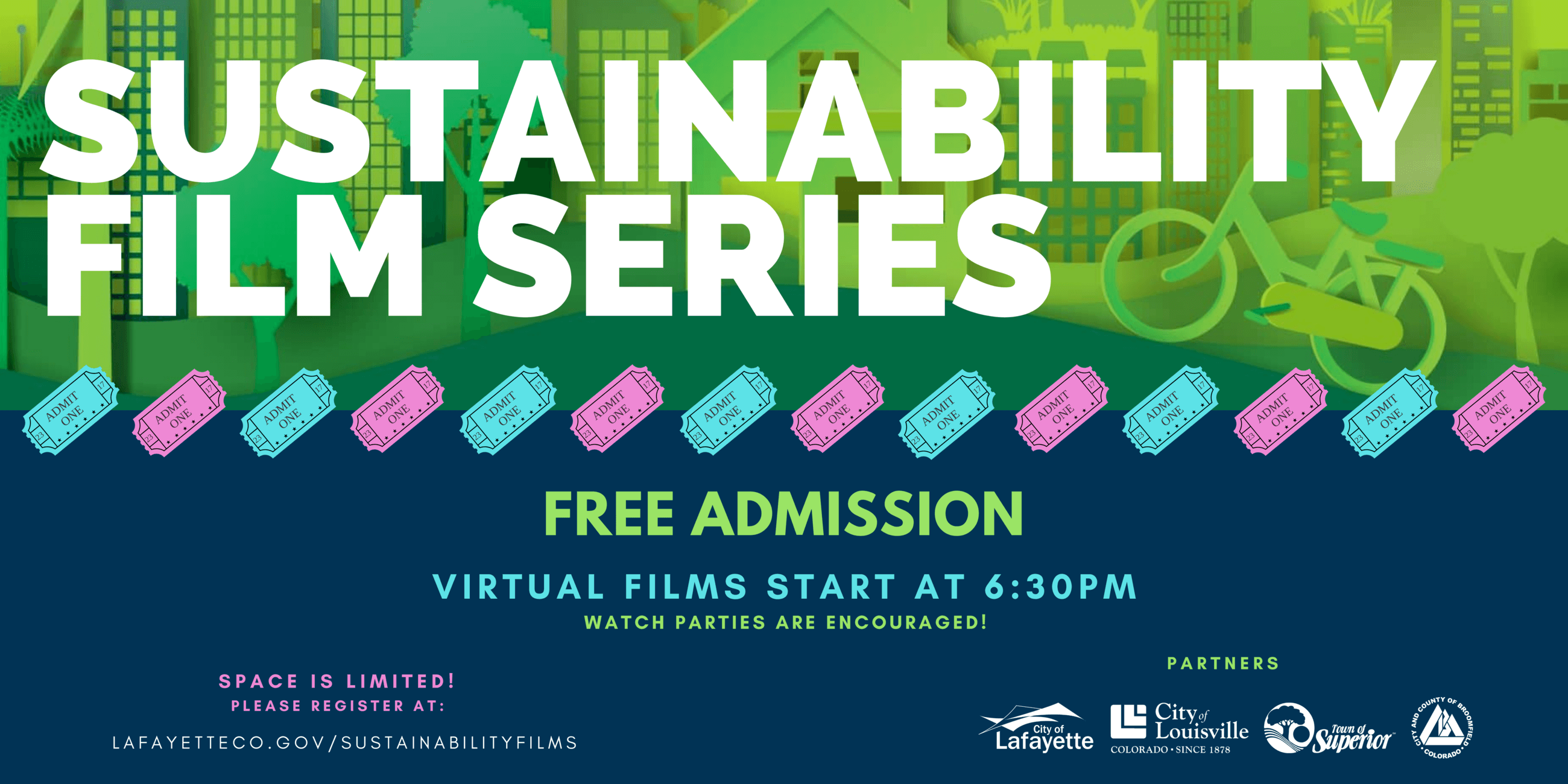 The City of Lafayette, Louisville, Town of Superior, and City and County of Broomfield are hosting a virtual and free Sustainability Film Series. Four films will be screened over the course of four months, November – February, covering topics such as plastic pollution, climate change, water conservation, and youth activism.

After each screening, there will be a post-film discussion featuring a local expert on the topic at hand and moderated by each sponsoring City.

Virtual films will be shown monthly on the third Thursday, November - February, from 6:30-8:30pm.

The 2021-2022 Sustainably Film Series will be screening

Please note, space is limited for each film, you must register below to secure your attendance.

Register for the film here!

Billions upon billions of plastics circulate in the ocean today. According to the National Oceanic and Atmospheric Administration, approximately 8 million metric tons of plastic entered the ocean in 2010. Coloradans don’t have to live next to an ocean to protect it, we can protect our waterways from our daily choices here in Colorado.

For 10 years, Vicki was the Executive Director of Save Our Shores and addressed a multitude of issues including sustainable seafood, marine protected areas, and plastic pollution. After moving to Colorado, Vicki founded the Inland Ocean Coalition, whose mission is to create an inland movement that builds land-to-sea stewardship. Vicki brings her experience of ocean protection, networking, and the belief that community-based ocean conservation can occur in any place and that people can make a positive contribution to ocean protection in our inland communities.