Now is the time to decide if you want to run for Lafayette City Council. Four seats will be up for election on November 2. The candidate qualifying period ends on August 23 when nomination petitions are due.

To follow is a framework of important dates and information.  A Candidate Information Booklet will be available online which will guide candidates through the entire campaign process, important dates, contribution and reporting requirements, and more. 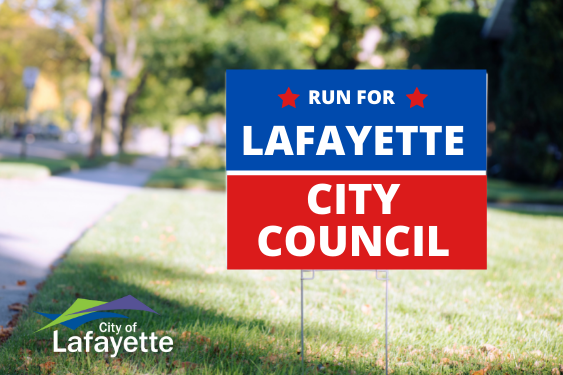 Beginning on August 3, prospective candidates may download a Candidate Information Booklet or pick one up from the City Clerk’s office at City Hall, 1290 South Public Road. Please make an appointment by calling 303-661-1222.

Nomination Petitions due by August 23

Candidates must circulate and submit a nomination petition containing signatures of at least 25 registered electors who reside within the city limits of Lafayette. Candidate Petition Packets are not available online, due to the nature of the petition, and must be picked up from the City Clerk’s office. Call 303-661-1222 to make an appointment. Nomination Petitions must be returned to the City Clerk’s office no later than August 23, 2021.

“So You Want to be a City Councilor?” presentation

On July 14, 2021, presenters covered the structure of Lafayette’s government, the purpose of the City Charter, services provided by City departments, responsibilities of the City Council, and how to get started with your run for Council. Watch the recorded video of this presentation. 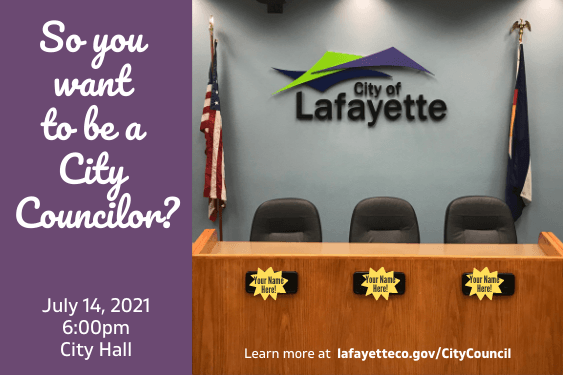